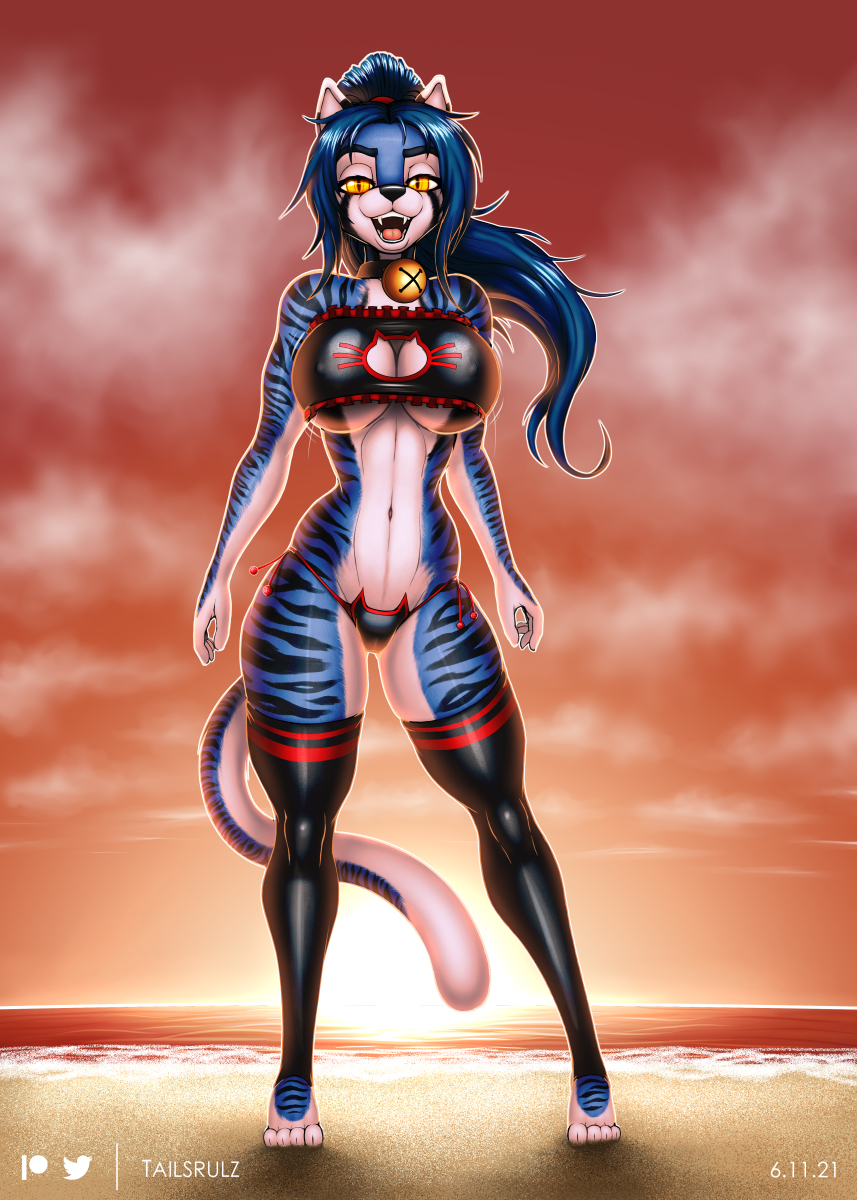 Description: An unexpected sequel, 5 years later! Here the feisty Felicia is doing some of her standard, tease-y flaunting with a lil hipshake.

This time around I added some legging things to her ensemble, made out of swimsuit-y material that approximate the look of socks. I dunno lol. I like em though. This was originally not really a Felicia picture, but it was rather similar to her. The original pic wasn't going great and it was later converted after some excessive lineart tweaks that probably took longer than the coloring and shading.